The Lifespan of a Chicken

How long do chickens live? Chickens live for between 5 and 10 years, but factors like quality of life, breed, and the environment play a significant role in their lifespan. Chickens in commercial farms obviously do not live nearly that long as they’re raised solely for their meat.

When raised for meat, a chicken is usually slaughtered between the ages of 6 and 10 weeks. Broilers and fryers, or chickens raised specifically for meat, are bred to mature quickly and reach a target weight at a young age. This cuts down on the cost of feeding and raising birds for slaughter, and it makes it easier to produce more birds throughout the year.

Chickens meant for laying eggs mature more slowly. They begin laying eggs around the age of 5 months. By the age of 4 or 5 years, most hens have slowed down or stopped laying eggs. In commercial farms, hens that have stopped laying are usually killed to prevent using up resources on an unproductive bird. These older hens often turn up in pet food, and soup stock as the meat is less tender and palatable.

Roosters have an even shorter average lifespan than most domestic birds. This is because there is no need for most farms to keep a rooster, and roosters can be dangerous and aggressive under some circumstances. Male chicks are sometimes killed immediately after sexing. Even in backyard farms, roosters are more commonly slaughtered and eaten.

Aside from old age and slaughter for meat, chickens face several threats that can lead to premature death. Because they are slow-moving and usually kept in enclosed spaces, they are an easy target for predators. Chickens can sometimes even bully each other to death or engage in fatal fights, especially between two roosters. Disease, dehydration, and choking can also prematurely kill birds.

What is the Oldest Chicken?

The Oldest Chicken in the World – Matilda

The oldest chicken on record was named Matilda. She lived from 1990 to 2006 and was the first chicken to receive the Guinness World Records title of World’s Oldest Living Chicken. She was born and raised in Alabama by a pair of aspiring magicians who used the bird as part of a stage show.

Interestingly, Matilda never laid eggs. This may be a key to her longevity. Egg-laying uses a lot of resources, and hens that are productive layers may have their lifespans shortened significantly by it.

Matilda’s owners contacted the Guinness World Records when the bird turned 11, and she received her title as World’s Oldest Living Chicken in 2004 at the age of 14. She lived two more years and enjoyed some limited fame, even appearing on The Tonight Show with Jay Leno.

A Pet Chicken Needs Much Love

Chickens that you keep as pets will be with you for many years, even as your interests and commitments change. So be aware that they need constant care, shelter, feed, and attention – for upwards of a decade.

Now let’s have a look at some of the things that can impact a chicken’s longevity.

History of Hens and Their Life Expectancy

Historically chickens were kept for the sake of their eggs, and when they stopped laying, for their meat. In only recent history have humans kept hens as lifelong companions.

The ancestors of chickens were wild birds. Their life expectancy was at best a few years as the list of natural predators in the food chain is long.

In the 1800s, humans began ‘tinkering’ with chickens so they could meet our demands as a food source (eggs & meat), which is when their life expectancy grew to what it is today – upwards of 10 years.

Heritage hens are the type of chickens that have been raised and bred naturally. They have the advantage of having a long lifespan.

They are also bred to be natural at laying eggs, in which their laying period can cycle over 2 to 3 years, and maybe longer if you have the right breed. And since their bodies and genetic content have not been ‘hybridized,’ they generally live longer than hybrid chickens.

The following aspects determined by the American Poultry Association are how a chicken can be termed as heritage:

Almost all hens, including the heritage ones, have at some point during history been developed by poultry folk. But as soon as the standard is ‘set,’ very little will be done to change the accepted bird.

Hybrids, on the other hand, have been conditioned by humans to be productive egg layers. Their laying cycle ceases in the second year. These birds were developed for the egg-laying industry during the 1940s with one simple goal – maximize egg production. And once they were finished laying, they would be sent to the slaughterhouse.

Commercial or industrial hens serve their usefulness after 18 to 24 months of age. After that, peak production starts to decline and the hens are regarded as ‘spent,’ even though they can sometimes lay eggs for another 12 months.

Eventually, they are considered more of a financial loss than an asset triggering a transport to the slaughterhouse.

It goes without saying that meat-chickens have an extremely short life. Some breeds are butchered in as little as five weeks, whereas other breeds such as the Red Ranger, can be allowed to grow and lay depending on the need.

Parasites like lice, mites, and worms can ruin the health of your flock. Lice can cause skin irritation and feather damage and mites can suck out blood, causing anemia and discomfort and worms. 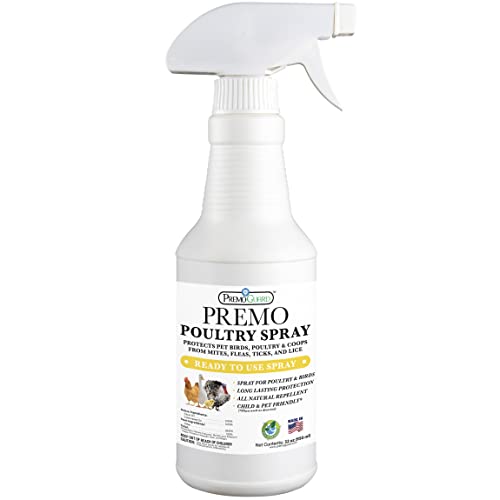 To prevent such disasters, hen farmers and owners are advised to practice dusting and worming regularly. And if you’re unable to do any close inspection of your flock, then at the very least, dust the hen house every week to prevent infestations.

Chicken housing has indeed come a long way in the last century. In the old days, chickens used to live inside barns with other larger livestock. But this meant their eggs could get trampled on by bigger animals, or predators could kill the chickens and even freeze to death.

These days chickens have purposeful built coops that are made to keep them cool in the summer and warm in the winter.

Not only are they sheltered from the most extreme weather conditions, but they’re also given specially-made bedding. With this in mind, it makes sense that having secure, safe and protective housing has increased their lifespan.

Protecting them from severe colds, warmth and predation will help them improve both physically and mentally.

Commercial hens are usually kept in ‘warehouse’ type conditions as they are more vulnerable to respiratory disease. This is due to the close quarters and the abundance of dust and dander. That’s why fresh air is the best way to keep such problems at bay.

This is another excellent example where incredible progress has been made. Before, chickens used to rely on grains and morsels and whatever farmers typically tossed their way.

But now, poultry diet is specially manufactured for every stage of life, from little chicks to old biddies. Proper nutrition plays a big role in increasing a chicken’s lifespan. 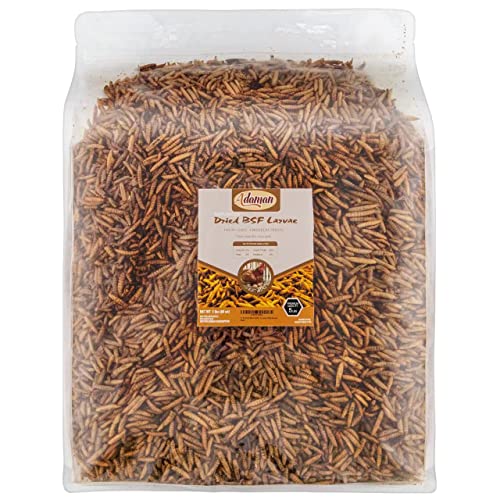 If they get too much protein in their diet, it could cause kidney problems, thereby turning our beloved scrawny self-sufficient birds, into ‘coop potatoes.’

As a matter of fact, the hens of this generation may be more on the ‘plump’ side from having too much feed or treats, which is becoming a problem for some breeds.

Hens that become overweight are at risk of many health issues such as leg or back, heart and respiratory problems as well. Every treat that we give them should ideally be in moderation.

Aside from overfeeding, the nutritional value coming from a commercially-manufactured feed gives little chicks a great start and helps maintain hens throughout their lives.

We previously mentioned how the alteration of breeds to maximize the production of eggs can lead to harmful effects on a hen’s long-term survival.

Breeding birds can be tricky, especially with breeds that have a small genetic pool. Sometimes, birds have excessively interbred in that it harms the species as a whole, including their lifespan.

Some breeders who bring in new stock from separate lines try very hard to increase the gene pool and create diversity within the breed. The problem here is that it is a long and costly process that’s riddled with failures and disappointments.

The conditions of a hen’s environment contributes greatly to her long-term health.

When hen’s are kept in a dry, clean and warm coop with appropriate food and water, they live longer.

Hens were never considered ‘livestock’ until the early 20th century.

As such, there was seldom any attention or care given to their welfare and/or health issues. Fortunately, much study and progress have been made since this time.

And even though they are quite rare, veterinarians who specialize in poultry are becoming easier to find.

Minor issues and problems can be addressed at home before they become bigger problems that need more extensive care from a veterinarian.

The longer you keep chickens, the better you will get at caring for them, and this makes a big difference in their lifespan.

These ones are hardy, talkative birds and prolific egg layers.

Being one of the heritage chickens, their genetic markup has been pretty much as the same as it was since the creation of their breed.

In ideal surroundings, with adequate nutrition and care, these chickens can live up to 8+ years.

These chickens have been created for high egg production. Being a hybrid bird that lays one egg per day, these chickens are basically setting themselves up for death.

They are also prone to reproductive tumors as well as other problems. And if they live up to 5 years, they are considered old.

Here is another heritage hen with a good genetic profile. If this hen is provided with great nutrition and care, she should be able to live for 6+ years.

These can be a hybrid or a crossbreed hen that lay colorful eggs like the ones you get for Easter. But even though that’s the case and seeing that people buy these chickens for the eggs, they were never meant for high egg production.

This is a good thing for the Easter Egger, since they’re more robust than any other hybrid birds and can live for up to 8+ years.

These chickens are a backyard favorite. Since they’re heritage birds, they have a tendency of living longer than their hybrid counterparts. Orpingtons are usually quite mellow and can live for up to 8+ years given the ideal circumstances.

Generally, you should expect hybrid chickens to live between 2 to 4 years. This varies from bird to bird.

Heritage hens are more likely to outlive their hybrid sisters by a couple of years. The average age for heritage chicks is 8 years.

The oldest hen to have ever existed was Matilda, who made it into the Guinness Book of Records when she was 14 years old (although she lived for 16 years).

Despite being just a little slower, 3 of my chickens are presently (December 2018) 8 years old! Yep, that’s right, eight years! They’re obviously more of the pet variety, but I also enjoyed eating their eggs for many years.

So tell me, how old are your chickens? Do you expect them to live for 10 years?

4 thoughts on “How Long Do Chickens Live?”