The chickens we know and love today are the result of many years of selective breeding. By breeding chickens, we’ve created many different varieties and emphasized traits like friendliness and calmness.

But few people have considered where, exactly, chickens come from.

Let’s take a journey through the history of the chicken and learn the answers to these questions.

The Ancestry of the Chicken

The modern domestic chicken got its start in the jungles of Southeast Asia. We can trace its lineage back to one primary species: the red junglefowl, or Gallus gallus.

In fact, the red junglefowl and the domestic chicken are so similar that the latter is considered a subspecies of the former: Gallus gallus domesticus.

But the red junglefowl and the domestic chicken share 71 to 79% of their genomes with each other. In the 8,000 years since we domesticated chickens, they haven’t actually changed very much at all.

The Red Junglefowl in the Wild

The red junglefowl is still alive and well in the jungles of East and Southeast Asia. There are significant populations in Thailand, Vietnam, India, Java, Bangladesh, China, Malaysia, Singapore, the Philippines, and Burma, with smaller populations in other countries.

Red junglefowl looks very similar to domestic chickens, though they tend to have brighter colors and lower body masses. Males are the larger of the two sexes, with iridescent tail feathers and golden neck feathers; females are dull brown and have very small combs and wattles.

These birds behave very similarly to domestic chickens, though they are considerably shyer around humans. They scratch and forage at the ground, bathe in dust and roost in trees at night.

Males crow the classic “cock-a-doodle-doo” to announce their presence and attract mates. They are territorial and use the spurs on the backs of their feet to fight with rivals.

In fact, it’s their fighting prowess that kickstarted the process of domestication. Red junglefowl was used in the sport of cockfighting; they were also used for eggs and meat.

Feral Domestic Chickens: Back to the Wild

Junglefowl isn’t the only chickens who live in the wild without humans to care for them. There have been many cases of domestic chicken flocks that have escaped into the wilderness and become feral.

These chickens are still considered domestic chickens, but they’re self-sufficient and often quite afraid of humans. Here are two notable feral chicken flocks from around the USA.

In 1982, Hurricane Iwa struck Kauai, and many domestic chickens got blown away by its powerful winds. Ten years later, in 1992, Hurricane Iniki struck, and even more, chickens were displaced due to the force of the storm.

The chickens were thought to be lost, but they weren’t. They were blown into the forests, where they flocked together and teamed up to survive in the wild.

Soon, massive flocks of these feral chickens began causing havoc in public places. They wandered into roads and caused traffic jams, tore up gardens and crowed at all hours of the day.

But while locals grew irritated with the chickens, tourists saw the flocks as attractions in and of themselves. Amused by the sight of “wild” chickens, they created a market for chicken-themed souvenirs and elevated the feral chicken colony to national fame.

In 1969, a truck carrying thousands of chickens crashed on the Hollywood Freeway in Los Angeles, California. Amid the chaos, many of the chickens escaped and set out to make it on their own in the big city.

And they were successful, establishing a feral colony under the Vineland Avenue off-ramp. For several years they were a local attraction, and the flock grew to around 50 chickens by 1976.

Eventually, though, some were captured and relocated to a ranch. But others evaded capture and split off into separate colonies. 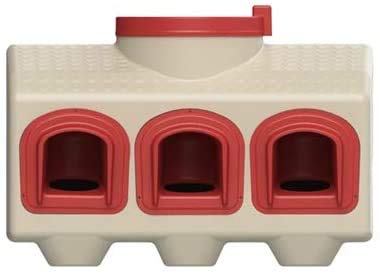 Today, there are two large feral chicken colonies in Los Angeles: one in the original location under the Vineland Avenue off-ramp and another two miles down the freeway under the Burbank Avenue off-ramp.

2 thoughts on “Feral Fowl Fables: Are There Wild Chickens?”