The first chickens were domesticated nearly in Southeast Asia around 7000 BCE. Chickens were likely tamed in both China and India before either region had much contact. We know for sure that chickens were kept in China by 5000 BCE.

To put this figure into perspective, it’s estimated that the first dogs were domesticated 15,000 years ago, the first cattle 10,000 years ago and the first horses 6,000 years ago. The domestication of chickens and other farm animals aligns with the cultivation of crops like barley and wheat and the shift from a “hunter-gatherer” lifestyle to a more agricultural one.

It took a while for the chicken’s influence to spread to the West. In West Asia and the Middle East, chicken meat and eggs were not widely consumed. However, cultures in those regions did partake in cockfighting as a form of entertainment, and the popularity of that blood sport helped to spread chickens across the Asian subcontinent. The Persians began keeping chickens around 1000 BCE, or the Iron Age.

From Persia, chickens at last spread to Europe by way of the Greeks, who enthusiastically adopted the birds. Chickens were a popular sacrificial animal, and cockfighting remained a popular sport. Chickens were still prized for their meat and eggs, but they were not a primary staple of the Greek diet.

Amazingly, Egyptians in 300 BCE developed the first artificial incubators. Built from clay ovens, these incubators worked to keep eggs warm so they could be hatched while the mother hen continued to lay eggs. The principles of this technology are still in use today! 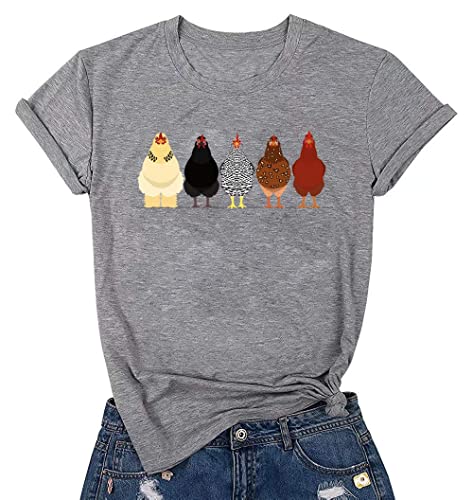 Table of Contents show
Where Do Chickens Come From?

Where Do Chickens Come From?

If you ever saw a Red Junglefowl in the wild, you would be able to identify it as a chicken relative instantly. In fact, it would be easy to mistake the wild bird for a chicken. They have the same combs and waddles, and the roosters are equipped with long tail feathers and sharp spurs.

Another chicken ancestor, the Grey Junglefowl, looks even more like a domesticated chicken. These birds have a reticulated feather pattern very similar to what you might see on a Plymouth Rock or Sussex chicken.

What is the difference between a jungle fowl and a chicken? You can look out for several characteristics:

Much like their domesticated cousins, Red Junglefowl are social animals that live in groups of several hens to one rooster. The males fight for territory and to protect their flocks from outsiders.

Although domesticated chickens are some of the most plentiful birds on the planet, wild junglefowl are an endangered species.