Keeping your chickens in a secure fenced area with a roof is the best way to protect them from hawks and other predators. Other tactics include decoys and guards, including roosters, turkeys and even trained dogs.

Chickens are large, relatively slow-moving and meaty. We bred them selectively for all of those qualities. Unfortunately, the things that make chickens tasty and appealing to humans also make them an enticing snack for predators. If you raise chickens, you’ll need to be prepared for common predators and find ways to keep them safe.

Predatory birds like hawks, eagles, and falcons can be a serious threat to your chickens. No chicken can out-fly a hawk. A hawk can swoop down and take off with your bird in an instant. Young pullets and chicks are at especially high risk from hawks.

Other predators to watch out for include coyotes, foxes, bobcats, stray dogs, and feral cats. Smaller pests like rats and snakes may eat eggs or even go after chicks.

Tips for Protecting Your Chickens from Predators

The best way to protect your chickens from hawks and other birds of prey is to keep the flock in a covered pen or enclosure. Any time a chicken is free-roaming in the yard, you run the risk of an opportunistic hawk swooping in for the kill.

A covered pen also protects against ground-dwelling predators. If you use fencing, be sure the wire is narrow enough that a cat or other predator cannot reach through and grab hold of the birds. A motivated coyote can pull a bird right through a gap in a fence. Chicken wire or quarter-inch mesh is your best bet for keeping out predators. 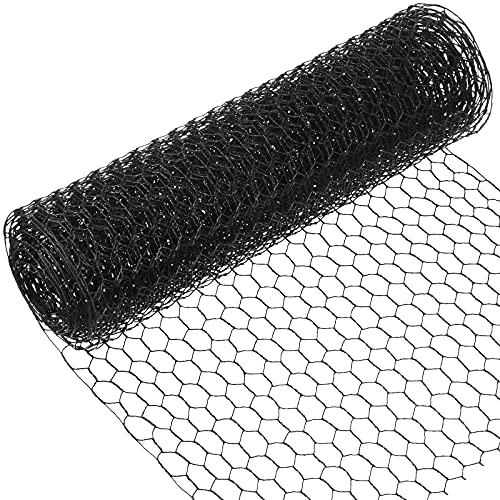 If you allow your chickens to roam freely, only do so when you can provide direct supervision. Simply being in the yard may be enough to repel most predators. Having a garden hose or other similar repellant can help to frighten away the most stubborn predators. Just avoid using a firearm, even a BB gun, as there may be penalties for killing wildlife even if the hawk or other animal is stealing your chickens.

At night or when you can’t supervise the flock, keep your chickens in their coop. Inspect the coop and fencing regularly to watch for holes or gaps that might allow chickens to escape or predators to invade. Also, be sure to collect your eggs every day or even twice a day if you have heavy layers. This prevents eggs from sitting in the nesting box, which can attract predators.

Guards for Your Chicken Flock

Another option for protecting your chickens from predators is to provide a guard. A scarecrow or fake owl posted near the coop may help to frighten away a hawk. Birds of prey tend to be quite wary and are unlikely to encroach on the territory of another predatory bird. You can move the position of your dummy owl to keep the hawks from becoming complacent.

Of course, a scarecrow won’t do anything to frighten away a coyote or feral cat. Live guards are a better choice in that case. A live guard is an animal that lives with your chicken flock and protects it against predators.

Roosters can be excellent defenders of the flock. Their instinct is to protect the hens under their care, and the sharp spurs on the back of a rooster’s leg can do a lot of damage. A bold rooster has no problem attacking a large predator. Of course, keeping a rooster with your hens comes with additional logistics to consider and may not be legal in all neighborhoods, so this may not be the best choice.

Other defenders to consider keeping in or near your flock include geese and turkeys. These birds are larger than chickens and can be very intimidating. Remember that the goal is not to hurt or kill the predator but to chase it away. If attacking a chicken seems like too much of a hassle due to the presence of a loud, bossy guard bird, the predator will likely move on in search of an easier meal.

Finally, you may consider keeping a guard dog for your chicken coop. Many dogs have traditionally worked as livestock guards, tending to flocks of everything from chicken to sheep to cows. If you go this route, you need to be sure that the dog won’t chase or attack your chickens and that the chickens are not afraid of the dog. Common guard dogs for livestock include the Great Pyrenees, Kuvasz, and Anatolian Shepherd. However, any breed of dog raised around chickens will suffice. Hunting breeds and dogs with a high prey drive may not be the best choice.