Everyone buys eggs. We use them in cooking, and some people use them for shampoo and beauty treatments. Our dogs, who get a shiny coat from them, love eggs. We all pay the price for the eggs, though, no matter how we use them.

Have you ever wondered how your life could be changed by raising your own chickens? I did, and I set about learning everything that I could about chicken egg laying – when they start and stop laying eggs, the types of chickens that do it the most frequently, and a whole bunch of other stuff that I’m sure you’ll find really cool to know.

What Types of Chickens Lay Eggs?

Before we advance to how old are chickens when they lay eggs, you need to know what kinds of chickens lay eggs. Did you know that in 2015, the total world production of eggs was 70.4 million metric tons? If you want egg-laying chickens, then here are the 13 best types:

This Australian-based chicken is heavily identified with the Orpington breed of chicken. It has been known to lay 364 eggs in as many days. They produce more if they have free range of movement. They come in blue, black, and white.

This chicken is small, but lays a whopping 313 eggs. It only weighs two pounds, and eats much less than its body weight each day.

An American breed, this tough guy is used both for meat processing as well as egg-laying. They have a high disease-resistance and live well in backyards. They lay about 260 eggs per year.

This is an English crossing of four breeds (Andalusia, Sebright Bantam, Minorca, and Sumatra). They weight less than two pounds but produce 150 eggs per year.

French in origin, this chicken is used for meat production as well as eggs. It lays 160 eggs per year.

A calm breed of chicken similar to Rhode Island Reds, this chicken is also used for meat production as well as eggs. They usually come in white and lay 250 eggs per year.

This is a South American cross between several types of chicken and wild birds. They are known for low cholesterol eggs bluish in color. They’re also called Easter Eggs.

Also a calm breed of chicken, it lays brown eggs at a rate of 250 to 300 per year. They love open spaces like yards, and get along well with other animals.

An English bird that’s a happy type and loves to socialize, it tends to broodiness in summer. It lays only about 180 eggs per year.

“Boy, I say, boy,” this chicken is Italian in origin, and comes in different colors. White is the most popular choice, though. They lay on average 250 to 300 in a year.

This chicken is a cross between a Dutch chicken and wild birds. Its eggs are small to medium, brown, and come at a rate of 200 per year.

Another French bird, this chicken lays brown eggs, too, to the tune of 180 to 220 eggs per year. It is also used for meat production as well as eggs.

No, it isn’t a ship, it’s another American breed of chicken. It loves free range movement, is calm, and lays between 200 and 280 brown eggs per year.

At What Age Do Chickens Lay Eggs?

As chickens grow in size, so too does the frequency of their egg laying. And chickens will keep physically growing until they reach 40 weeks of age.

This is the point at which a chicken’s eggs (as opposed to the chicken) begin to grow in size from small/medium to large/extra large, which could continue until the chicken is 50 weeks of age, or almost one year.

One bit of important egg-laying information has little to do with the chicken and lots to do with the light. Chickens need 12 full hours of light in which to lay an egg. As the dark days of winter roll around, they will lay less and less until they stop altogether. They will resume laying as spring and summer approach.

During Which Years of a Chicken’s Life Do They Lay Eggs?

Some people want to know before they buy their chickens how long their chickens lay eggs. The answer to that depends on the breed of bird. The lifespan of chickens is generally eight to fifteen years. Some chickens stop producing in their teens, while others go on laying into very old age. Some produce until they die.

Like females of other types of animals, chickens are born with the ability to lay a large percentage of their eggs in their lifetime. The birds slow down their laying when the dark months of winter arrive. Some backyard farmers keep a light in the hen coop during this time, much like grow lights in hothouses. It is said that nurturing the birds with lights in the winter will help the birds produce all year round.

How long will chickens lay eggs? Traditional egg-laying breeds such as Rhode Island Reds usually hit their stride at about two years old and slow down to about 10 percent production after that. They do produce consistently, though, up to five years. When traditional birds, those that are used in meat production as well as eggs, reach their old age, they usually end up in the frying pan or crockpot.

Why Aren’t My Chickens Laying Eggs?

1. Nothing, natural or otherwise, can produce something 24/7/365. Whatever is producing what you need has to take a break and rest sometimes. When this happens, you’ll ask why your chickens stopped laying eggs.

For the most part, that’s what chickens do in winter. When they fail to receive at least 12 full hours of sunlight, then their production tapers off and then stops altogether. No worries, they’ll be back at it in the spring.

Tip: If you absolutely must have eggs, though, place a light in the hen coop. This may fake out the birds into producing eggs, thinking that it’s sunlight instead of artificial light. Put a timer on the light for about 12 to 13 hours. That should help the birds produce.

2. When a chicken turns broody, it means she sits on the nest whether or not there are eggs in it. She doesn’t realize the eggs aren’t fertilized. It’s an instinct, and she will brood until either she has chicks or the mood passes, so to speak.

Tip: Break the brooding mood as quickly as you can. Gather eggs from all nests, including the broody’s nest. Remove her from her nest as many times as it takes. Put her out in the yard if they’re free-range chickens, and in a run if they’re not. Keep her from returning to her box.

Should worse come to worst, take her out of her box and put her in a cage in either the yard or the run. Place the cage on a cinder block. The bird’s body temperature will cool, removing the urge to brood.

3. Chickens need lots of water. An egg, after all, is almost all water. Keep several water containers available to all your chickens all day and night. Clean the containers daily to keep bacteria away from the chickens. 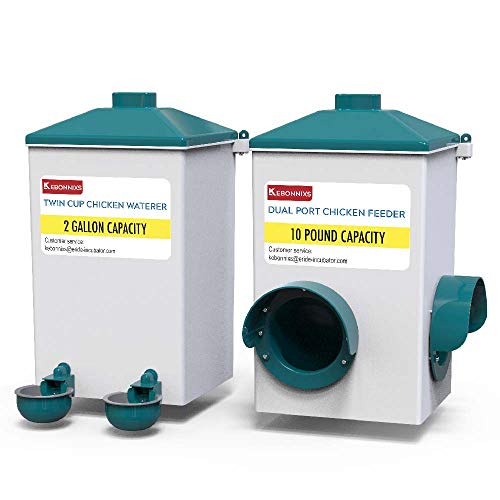 Tip: Wash out the water containers with a vinegar and water solution. Pour apple cider vinegar in the water three or four days per week to reduce bacteria.

4. Chickens won’t lay an egg in an environment they think is unsafe for baby chicks. She lays eggs with the expectation of raising babies. Anything that stresses out a chicken will curtail or stop her egg production altogether. So keeping your chickens calm and happy is the goal.

Tip: Separate your hens from any bullies in the bunch. Keep the dog from barking excessively. Keep an eye out for predators such as snakes, foxes, weasels, and even your own dogs and/or cats. These will eat the eggs the chickens think will be babies.

Dig your fence at least three feet beneath the surface and at least six to eight feet high. Most predators won’t get over, under, or around that.

Some suggest placing herbs like lavender and chamomile to the nests to facilitate calm.

5. Chickens molt in the fall. It takes weeks and sometimes months. She won’t lay during a molt, but you can help your chickens molt faster and more comfortably. Give them extra protein, since feathers are made of nothing but protein. Finely grind your meat scraps and nuts which are full of proteins.

6. Sometimes chickens will stop laying in their boxes. The boxes might contain mice or mites or snakes. No hen will lay in those kinds of environments, so they lay outside in their runs. They will choose a secluded spot they think is safe. So if you’re missing eggs, look around outside for them.

Tip: Provide clean, safe boxes for your chickens outside. It’s cooler outside than inside the coop or hen house. If it makes them happy, then they’re not stressed, and they will lay eggs. 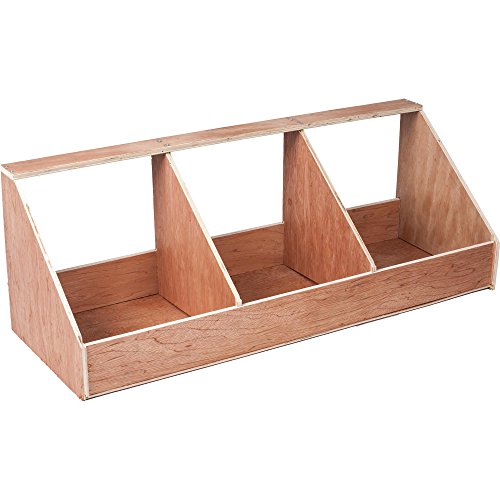 7. Overfeeding your chickens with feed of inferior nutritional value will cause a chicken to stop laying eggs. Even if it costs more, get the good stuff to feed your birds. They need protein and calcium in their feed in clean dishes free of moldy or stale feed.

Tip: Give your birds treats only after they’ve eaten their fill for the day. Give them healthy treats from your garden such as leafy greens, fish, meat scraps, and nuts.

8. Fumes from the ammonia commonly found in animal feces will put a hen off her laying. You’ll need plenty of windows in the hen coop properly covered with hardware cloth to deter predators.

Tip: Change out the nest filler at least twice per week, and sprinkle lime or wood ash in the coop between cleanings to control the ammonia odor.

9. Extremes in temperature will put a hen off laying eggs. Extremes cause a hen to conserve her energy, which takes a lot of effort. It tires the chicken, causing less to no egg production.

Tip: Put ice cubes in their water containers, because chickens won’t drink warm water. Give them plenty of watermelon, cucumber, and other watery treats, especially if they’re cold. Make sure they have a shady place to enjoy outside their coop. In winter, give them scratch as a treat. Their bodies work so hard to process it, that it keeps them warm. Keep loads of straw on the floor and stacked around the walls of the hen house. It makes great insulation.

You don’t have to buy eggs at the supermarket now. You have pretty-colored birds clucking in the yard, fertilizing the flowers, and perhaps your vegetable patch. They even get along with the cat and the dog. You sell your surplus eggs to the neighbors for way less than they’d get them at the grocery store. Yours is the most popular house in the neighborhood!

I’ve enjoyed the time I’ve spent sharing my knowledge of chickens with you. Shout out if you have any questions. We’d like to know if you’ve ever been pecked by a chicken, or seen one lay an egg. Please tell us what you thought of this article and if it helped you decide to get chickens. 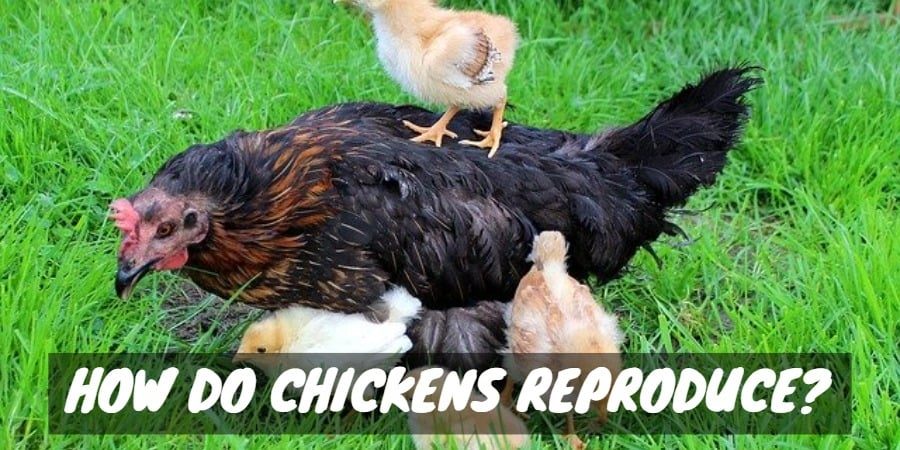 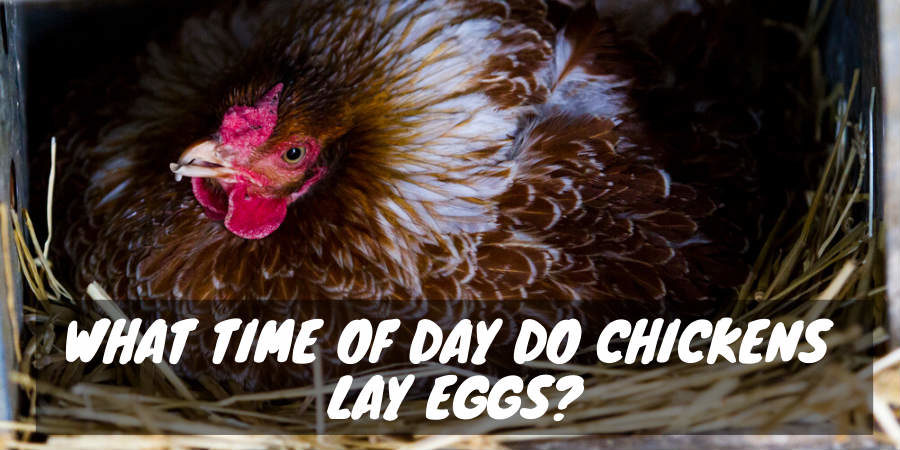