A chicken’s wings can be clipped by trimming the 10 primary flight feathers on each wing. To prevent injury, you’ll want to cut on the white part of the shaft, which can be viewed on the underside of the wing. Sharp scissors will do the job nicely.

The purpose of clipping a chicken’s wings is to prevent flight. By trimming a bird’s flight feathers, you make it harder for the bird to escape by clearing fences or roosting in trees. Bear in mind that chickens are naturally poor flyers, and many domesticated breeds do not fly at all. Depending on the size of your chicken, you may not need to trim your bird’s wings to keep her from flying.

Is It Necessary to Clip a Chicken’s Wings?

Most large chickens are too heavy to fly. They might be able to flutter and leap a foot or two off the ground, but they can’t get the lift necessary to fly over a fence or escape from the yard. Smaller birds, including younger hens, may be lighter and more capable of flight. This means that you may need to clip a young chicken’s wings but can stop clipping once the bird has reached adulthood.

Clipping a chicken’s wing doesn’t hurt the bird, but it can be a bit of a hassle. You may not want to continue clipping the bird’s wings unless it is absolutely necessary. You may find it easier to keep the chickens contained in a covered and fenced-in area rather than going to the trouble of clipping their wings. However, wing-clipping can make it easier and safer for the chickens to roam freely in your yard.

How to Clip a Chicken’s Wings: Step by Step

The first step to wing-clipping is to catch the bird. It helps to have an assistant who can aid in catching and holding the chicken while you tend to the wing. Enticing the chicken with a tasty treat can help.

Once you’ve captured the bird, hold her to the ground facing you. Place your non-dominant hand under the chicken’s chest, putting the feet between your fingers for stability. Then, you can brace the chicken down with your forearm or have an assistant do it for you while you pull out the wing and begin clipping.

Start by fanning out one wing. You will notice that each wing has long feathers and short feathers. Starting at the outermost feather, count inward by 10. These 10 feathers should be the longest flight feathers. These are what you will trim. Leave the others untouched as they are necessary for insulation.

Look at the underside of the feather. You should cee a central quill in each flight feather. At the base, this quill will be wide and dark-colored. This will then grow thinner and white toward the tip. You’ll want to cut the feather on the white part, leaving the dark area intact. This dark area is supplied with blood and still has feeling. The light area is no longer supplied with blood and has no more feeling than your hair or fingernails.

Trim each feather with a pair of sharp scissors or shears, being careful to avoid the shorter feathers that rest on top of the flight feathers.

You only need to trim one wing on the bird to prevent flight, so don’t worry about trimming the feathers on the other side. That will only give you more work and agitate the bird.

Once you’ve finished trimming, your chicken may be a bit agitated. Give her another treat to help her calm down before allowing her to rejoin the flock. You can then capture the next bird.

How Often Should I Trim My Chicken’s Wings?

Unlike hair or nails, feathers do not grow continuously. This means that you only need to trim a chicken’s wings after she has molted and grown new feathers.

On average, a chicken will molt annually or every other year. You can keep an eye out for the signs of molting, such as a ragged appearance or visible fallen feathers on the ground in and near the coop.

Be sure to wait until the flight feathers have reached their full length and the molt is complete before trimming. Trimming too early can lead to possible injury, and you may miss a few feathers that haven’t been shed and regrown. 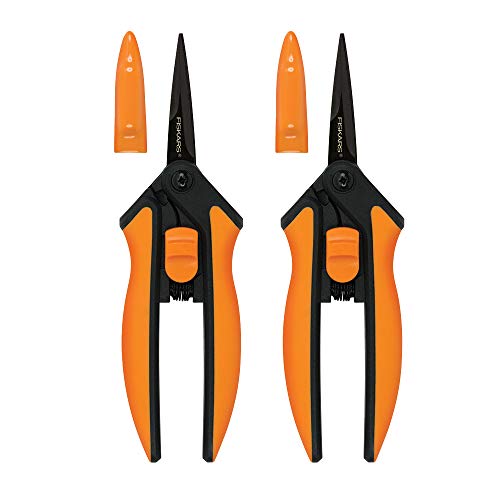