Skip to content
Table of Contents show
Choosing the Right Breed of Meat Bird
Building the Right Coop for Meat Birds
Getting Started From Day One
1. Inspect Chicks Before You Buy
2. Be Ready to Put on the Heat
3. Feed them Often
4. Meat Chickens Are Lazy
5. Make a Commitment
6. Mark Your Calendar
7. Chicken Feed Should Be Healthy
8. Keep Chicken Coops Clean
9. Do Not Get Attached to Your Meat Chickens
How to Butcher Chickens at Home
Step-By-Step Look at Processing Chickens:
Conclusion
Want to share?

If you’re more interested in raising chickens for their meat than for their eggs, you’re in the right place. In this article, we’re going to lay out the steps necessary to get the most meat from your efforts.

You also need to consider whether or not you actually want to raise meat chickens. Because once you make a choice, it’s inhumane not to follow through with it.

When raising meat birds, you’ll find yourself with fast-growing chickens meaning a lot of feed, a lot of poop, and a lot of care. Plus, you will have to say goodbye to these birds after eight short weeks, so be sure you’re ready. Allowing them to live too long is cruel because they get so large so quickly that they’ll actually suffer.

As previously stated, meat birds are a much different breed than laying hens so you will have to make sure that you get the right one. It’s possible to dual-raise chickens to serve both purposes but it is not practical in today’s world.

You could keep hens and roosters on hand, allowing them to breed. Then you’d cull (slaughter) them as their population grew. The problem though is one of taste and one of cost.

Birds raised first for their eggs will have tougher meat (taste) and they’ll not grow as big later in life meaning a lower conversion of the feed you give them to their size (cost).

So if you want to raise meat birds, you need to get the right breed. Personally, I’d suggest Cornish hens as they’re one of the most popular meat breeds due to their feed conversion ratio.

You’ll still need to build a coop for meat chickens just as you would for laying hens. The specifications are usually much larger to accommodate for more chickens. It’s not unusual for farmers to raise 100 or more meat chickens at a time on their own. Commercial farms have thousands of chickens in them.

A lot of people also will only raise meat chickens during the summer so that they can use temporary tarps to provide shelter from rain and wind. These chickens do not need roosts since they won’t really use them. They are bred in a way that they mostly eat and sleep. They do need room to move around though and you can also provide them with a run to let them outdoors.

Getting Started From Day One

In most cases, you will but meat chickens as day-old chicks so they will need special care until they are a bit older. Chicks need a brooding area that is well heated. This helps prevent diseases or other sicknesses that can hinder their growth. This guide will show you how to get started from day one.

1. Inspect Chicks Before You Buy

I recommend that you find a local hatchery so that you can look over your chicks before buying them. Make sure they are walking before loading them up. Sometimes you might find chicks with a broken leg or other adverse development. You want to get the most for your investment so be sure you carefully inspect them before finalizing the agreement.

2. Be Ready to Put on the Heat

Chicks need a source of heat as they develop. In fact, they need the temperature to be around 95 degrees during the first week. It’s also important that chicks be kept in an area without corners since they can get trapped and trampled. Keep the heat on them until they get all of their feathers, which takes approximately two to three weeks.

If you have only raised laying hens thus far, then you need to prepare yourself for the fact that you will be feeding meat birds a lot more often. You should also be prepared to provide more feed at once. You want these chickens eating all of the time. These chickens are bred in a way that makes them eat much more often.

Note: Since meat chickens will be eating more, they will also need more water than laying hens. Be sure they are getting an adequate supply of fresh water. 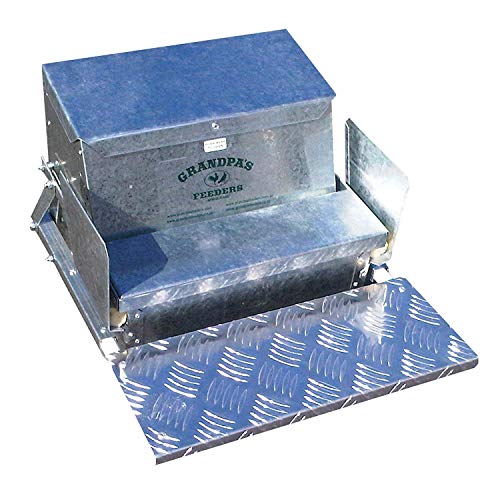 There is no way to sugarcoat this. Meat chickens are lazy. They don’t move around a lot, so you need to make sure their feed and water are close. Their bodies will get large, and it becomes difficult for them to stand for long periods. You should also make sure they have well-shaded areas so that they can relax. If you let them run free-range, then be sure you keep feed and water in the coop as well as in the field. Meat chickens are not going to move very far.

Once you have bought your meat chickens, there is no backing out. Don’t change your mind about butchering them when the time comes because they are going to suffer greatly if you do. They will get so big that their legs break and give out entirely. They can have heart attacks. The whole point of raising your own chickens is to do it humanely. Allowing them to live too long adds suffering, which is not humane.

You will need to mark your calendar for eight to ten weeks after you buy your chicks. This is the date that you will slaughter them. There are local areas where you can find butchering equipment for rent, but you have to reserve it. So plan ahead and set your butcher date.

7. Chicken Feed Should Be Healthy

Buy un-medicated feed so that you don’t get GMOs in your meat. Even a small investment here can make a huge difference. You can also invest in organic feed so that you are getting the best quality meat. There are a lot of great choices here, but cutting corners isn’t one of them. Do not try saving money on chicken feed. 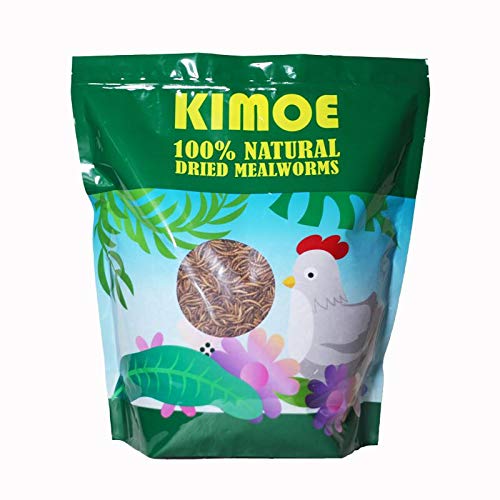 These birds are going to poop a lot, so it’s important that you keep the coop clean so that it doesn’t spread diseases to your chickens. Between flocks, you should thoroughly clean the coop. Spread new scratch on the floor. This is probably one of the biggest advantages of free-ranging chickens. Since they are not cooped up in the same living quarters, they will not run the same risk of catching diseases from all of the poop lying around.

9. Do Not Get Attached to Your Meat Chickens

When you are raising animals for food, you mustn’t think of them as your pets. Never name them or talk about them as if they are part of the family. Your job is to make sure they are healthy and cared for humanely, but you do not want to get attached. If you have children, tell them upfront about what you plan to do with the chickens.

How to Butcher Chickens at Home

This section is going to walk you through the process of butchering your own chickens for meat. There are some specific rules that you have to follow to do this in the most humane way possible.

"People talk about fools counting chickens before they hatch. That's nothing. We name them." -- Orson Scott Card, Alvin Journeyman

How Long Do Chickens Live?